Victoria Tahay was born in 1998 in Brive-La-Gaillarde in France. Ever since her childhood, she is concerned about the disappearance of craftsmanship and handmade products. She has lived in the Lot countryside for eighteen years, before settling down in Toulouse for her studies. She obtained a Design Bachelor’s Degree in 2019 in which she practiced painting, drawing, embroidery or sculpture. She is currently in second year of Digital Creation Master’s Degree at Jean Jaures University. During her fourth year of graduate studies, she has had a creative coding training during an internship at Tetalab, a Toulouse hackerspace.

She had the opportunity to participate in the mounting of many expositions as part of her studies especially: After-Work (2017), Présence Panchounette is not dead? (2018) and Global techno (2018) organized by La Fabrique or La Nuit des Chercheurs at the Quai des Savoirs in 2019. From 2017 to 2019, she participated in the organization of exhibitions at the CIAM, in La Fabrique of Jean Jaures University. During these exhibitions, she had the opportunity to meet and work with contemporary artists such as Kamil Guenatri, Nadia Von Foutre, Lucie Laflorentie, A4 Putevie but also Manuel Pomar.

Her works are mainly inspired by Serge Albiac and Jean-Baptiste Barriere. She designed an experimental project named The Liberating Mask in 2020, founded on the subject of identity, that she presented during her defense at the end of the first year of her master’s degree. In this project, she used two software: Processing, a programming and graphic design software and Arduino, a programming medium that can be connected to development boards. Animations of generative drawings subjectively representing personalities are displayed on white masks. By clicking on one of them, the viewer can reveal a new animation and a sound. It’s a poignant experience for the spectator because he can reveal himself subjectively through his interaction.

She is casting an interactive game Self Quest, for which she retains the theme of identity subject, which requires the intervention of the spectator. He will be able to play with his projected reflection resulting of a self-questioning about his own identity.

In 2020, she was able to realize a minimalist virtual exposition, a crucial means to exhibit during the lockdown period due to the Covid-19 pandemic. It had to be commissioned before the end of May. She was able to show three of her personals or group projects : Into The Stars, a personal graphic programming, Conquering The Universe !, a 3D modeling project by Guanyi Wang, Ying Jin, Weifeng Shi, and herself, and to finish, The Lighthouse, a digital comic by Célia Baptiste, Guanyi Wang, Leying Huang, Tsihorana Andriambahiny and herself. 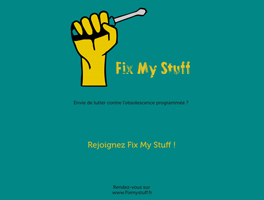 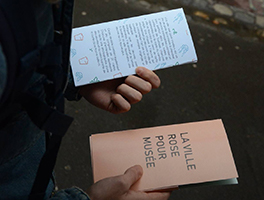 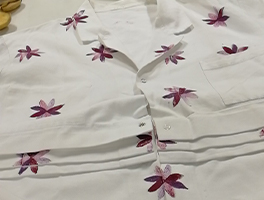 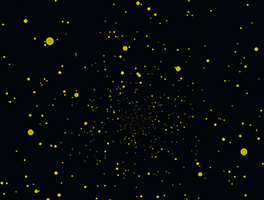 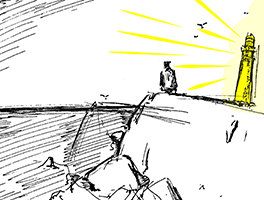 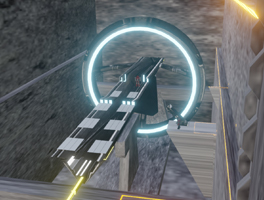 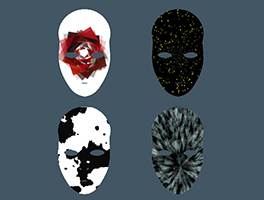 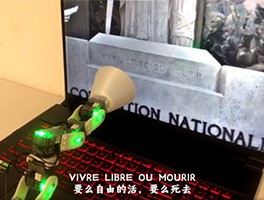